When Suite Renters Play “Rent, Love or Leave,”  it Turns Out, Security is Paramount, Size Does Matter and Haircolor-Specific Lighting is at the Top of Everyone’s Wish List.

Ask renters why they chose the suite they did and why they rejected others, and security is almost always the first must-have they mention.  Cleanliness and modernity are a close second and third. 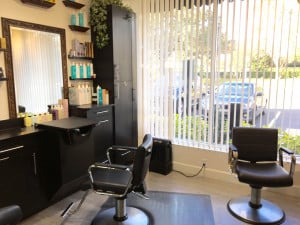 Jane Bahr’s (J.B. Hair Design, Porte Noire, Orlando, FL) first impression of Porte Norie suites was that they were “contemporary, clean and bright.” But she quickly moved on to checking out security.

Says Bahr, “Safety and security are a large concern for me. At Porte Noire, the client calls my room to check in. Then I greet her at the locked door and bring her into my suite. Also, there are numerous cameras to monitor the hallways and entrances.”

Bahr rejected two other operations because one had “dingy” halls, no closed ceilings and no locked doors. The second one seemed dated. “It felt like a maze,” says Bahr, echoing the word others also used for facilities they rejected. “Parking wasn’t close and there was no mention of security.”

Alicia Perez (Alicia Perez—Color Chemist, Studio U Salons, Orlando, FL) says she researched local suites and that others did not offer the same level of support Studio U did: monthly, in-house classes, as well as financial and business advice. She also liked the fact that common areas were cleaned daily and the security was topnotch.

“Clients dial stylists from the lobby, and the suite area is behind a second secured door with a locking system,” she notes. Perhaps by no coincidence, the only renter who did not mention security was also the only male interviewed. Louie Leonetti (Iluminate Salon, Salon Lofts, Cleveland, OH) says he looked at various locations but that Salon Lofts was “modern and intimate with a community feel.”  He also liked the free education and the responsiveness of management.

Explains Leonetti, “We asked for and got more satellite-radio music channels to choose from; one station playing in all the suites creates a sense of community. Also, we asked for and got a mobile app instead of a website to control our schedules and more.”

The average suite is 10 x 10, and many renters say that’s too small. Three online posters said they returned to a chair precisely because of suite size. Just one typical comment: “Having an open space again is amazing. After a year, I felt trapped in a too-small suite.”

Others, like Amber Pinkham (EVOLved Color Studio, Sola Salon Studios, Glen Burnie, MD) had choices and went big. Says Pinkham, “I looked at a few suites but they weren’t updated or the rooms were almost closet-like. I wanted my clients to feel like they were in a salon, not my basement. The first time I walked into Sola I knew it was the place for me. It was clean, welcoming, classy and very modern. The studios were well-sized and updated.”

In Lake Forest, CA, Amaris Pattynama (Hair by Amaris, Phenix Salon Suites) says her suite is about 130 square feet, which allows her to double book and seat two clients comfortably. “I prefer a fully private suite,” she says. “I share just one wall with another suite, and I only hear their music faintly.” (Location, natural lighting and great management are at the top of her list of what matters most.)

Naturally, many of those who could afford it say they upgraded to a larger suite.

Mona Martin (Studio 54, My Salon, Sparks, NV) has been in business 39 years, as a stylist, salon owner and mostly as a renter. She says rental has changed tremendously. In 2014, she was in a chair rental, doing the towels, taking out the trash and paying the highest rent. For her, it was time for a suite—there was no sense of unity or teamwork left in chair-rental salons anyway.

If renters could change one thing about their suites, it would be to have better, color-specific lighting. Climate control was mentioned the second most often, even though most viewed individual heat and AC controls as a pipe dream. The third most mentioned: better shampoo bowls.

Says Martin, “The one big change I’d make would be to switch the shampoo bowl for a more modern one that tilts. After 39 years of giving amazing shampoos, my back is paying for it.”

Adds Pattynama, “I wish we had a catalog of options to personalize the cabinets, shampoo bowl, and cutting chair. I opted out of the stock cabinets and purchased my own. I will change the shampoo bowl once I save up.” 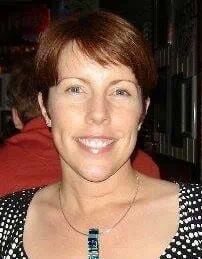 As for those who aren’t sold on a suite yet, Tyra Wahl, who rents a chair at Deo Volente in Bluffton, SC, says suites are a nice idea in theory but that working alone can stagnate creativity, unless you can easily inspire yourself.

“There are a few places in my area that call themselves salon suites but they really aren’t,” says Wahl. “They are not self-contained units—they have common wet and waiting areas.”

What would be at the top of Wahl’s wish list if she decided to investigate a suite?

“After-hours secured entry would be a must; when you’re by yourself, personal security becomes a real issue,” she says. “Also, an open floor plan rather than a hovel of halls and cubicles, plus self-contained units, not dry units with a shared wet room. Lots of glass for natural lighting, haircolor-specific lighting, nicely appointed rooms with good cabinetry and enough room for a reasonable amount of storage and product display.”

That’s a tall order for a small-town suite but as suites evolve, it’s not an impossibility.

We're not around right now. But you can send us an email and we'll get back to you, asap.